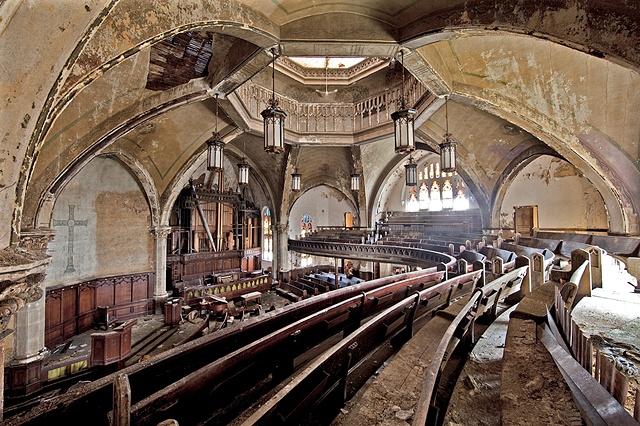 With its prominent octagonal stone lantern rising from the center of its roof, Abyssinia Church is a distinguished structure located in a section of Detroit known as “Piety Hill.” Constructed in 1911, the handsome building—then named Woodward Avenue Presbyterian Church—was home to one of the largest congregations of Presbyterians in Detroit. By the 1960s, however, the church’s sizeable numbers began to diminish as its affluent and middle-class members fled to the suburbs. Because its pastor at the time led very traditional Presbyterian services, the church struggled to attract African American Presbyterians and faltered as a neighborhood place of worship. The church was sold to the Abyssinia Interdenominational Church in the 1990s, but after years of dwindling memberships and rising maintenance costs, it closed in 2005.