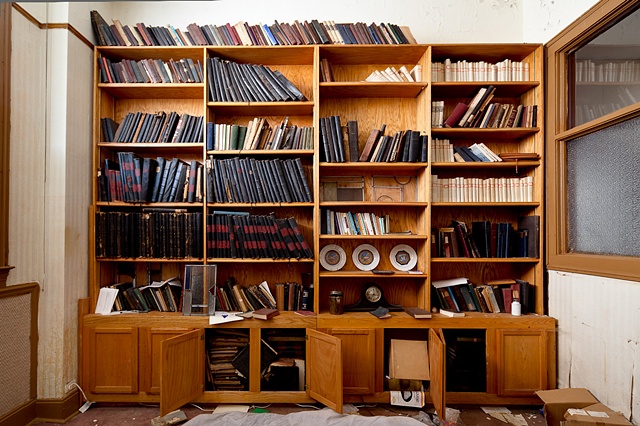 Agudas Achim was founded at that time Uptown was a ritzy northern suburb of Chicago and a growing center for the city’s Jewish population. So when the First Hungarian Congregation “Agudath Achim” (originally founded in 1884) moved to Uptown from the West Side and combined with the local North Shore Congregation “Sons of Israel,” they decided to build big and build beautiful.

The result was a 23,000-square-foot synagogue that boasted a cantor, rabbi and full choir and regularly drew more than 2,000 people for Shabbat services. During the High Holidays people would pack the balconies up to the sky blue, vaulted ceiling.

By the 1930s and ’40s the trend was for Jews to move farther north - to Skokie, Roger’s Park and other, more distant suburbs - and by the 1960s the neighborhood of Uptown was crumbling. Almost overnight the vibrant Jewish community disappeared and the synagogue fell into disrepair.