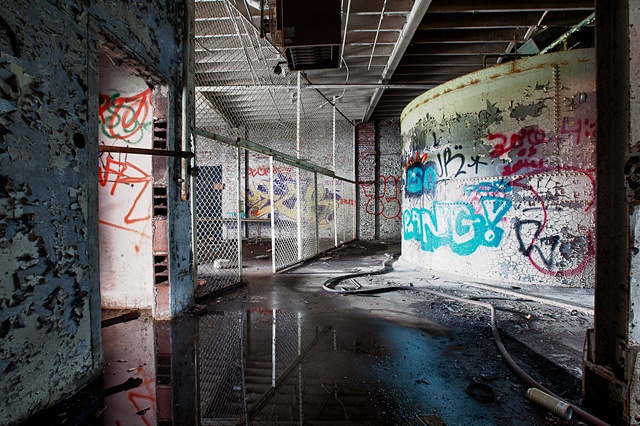 Originating around 1789 as a small trading community near the eponymous Buffalo Creek, Buffalo grew quickly after the opening of the Erie Canal in 1825, with the city as its western terminus. By 1900, Buffalo was the 8th largest city in the United States, and went on to become a major railroad hub, and the largest grain-milling center in the country. The latter part of the 20th Century saw a reversal of fortunes: Great Lakes shipping was rerouted by the opening of the St. Lawrence Seaway, and steel mills and other heavy industry relocated to places such as China. With the start of Amtrak in the 1970s, Buffalo Central Terminal was also abandoned, and trains were rerouted to nearby Depew, New York (Buffalo-Depew) and Exchange Street Station. By 1990 the city had fallen back below its 1900 population levels