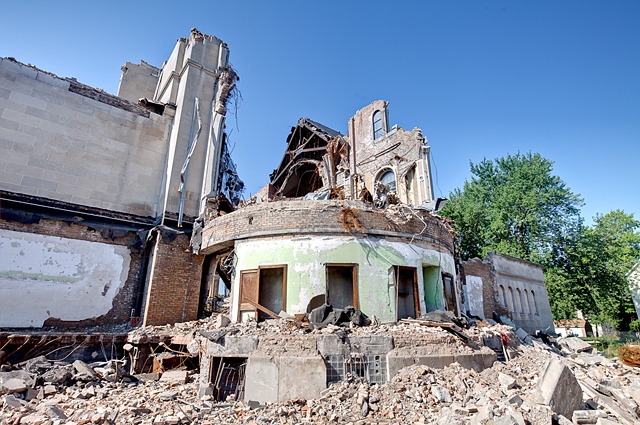 The former St. John of God Roman Catholic Church, was disassembled piece by piece, including the carved limestone and the two 135-foot bell towers, and are being numbered and shipped north to Old Mill Creek near Wisconsin.

There, on 40 acres owned by the Chicago Archdiocese, the Renaissance Revival church will be rebuilt. Its front and back, the parts richest in architectural detail, will be used in building a new church for St. Raphael the Archangel Roman Catholic Church, which is directing the estimated $10 million move.