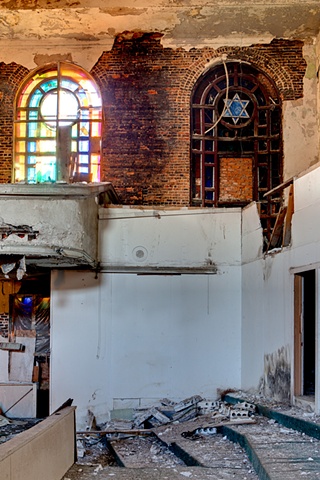 Shepherd’s Temple, a majestically scaled church that dominates historic West Douglas Boulevard, was originally built as the Anshe Kanesses Israel synagogue. Sadly, this magnificent edifice stands vacant, deteriorating and without adequate funds for the long-desired dream of its owner to restore it to an active house of Christian worship. Once one of North Lawndale’s grandest temples, unless its current pastor can raise the desperately needed funds to complete his vision, it may soon have a date with the wrecker’s ball.

The century-old Lawndale synagogue once served Chicago’s burgeoning Jewish community, and at one time was the largest temple on the west side. But due to lack of maintenance it has fallen into disrepair and is due to be torn down, despite efforts to save the historic building. After citing current owner Abundant Life World Outreach for multiple code violations, the Department of Buildings found that the structure "was in imminent danger of collapse." And the city had ordered an emergency demolition of the building.