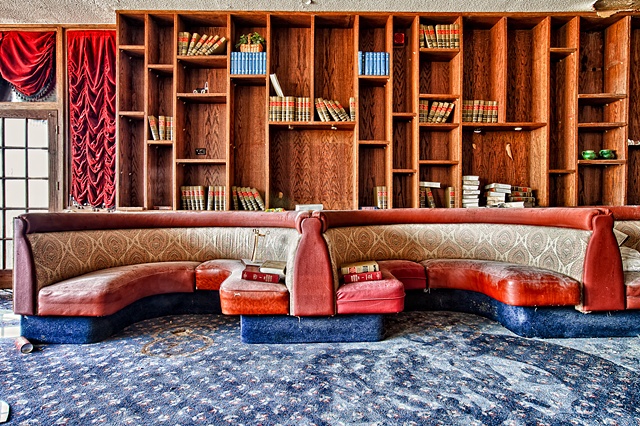 The unmistakable, can't-miss-it building on the corner of Touhy and Lincoln in Lincolnwood has housed a number of different hotel chains over the decades, but it has long been known by its most obvious description: The Purple Hotel.

Planned as the Hyatt-Lincolnwood, the Hyatt House-Chicago broke ground in January 1961, on the site of the Allgauers Fireside restaurant at Lincoln and Touhy, destroyed by fire in 1958. One year later, on January 17, 1962, the Hyatt House opened with a ballroom, conference spaces, an outdoor pool, and a million dollar Ray Foley restaurant. Architects for the hotel were Hausner and Mascal, with Freidman, Alschuler and Sincere designing the restaurant.

Sold by the Hyatt in the 1980s, the hotel underwent a series of name changes, until 2004 its Purple Hotel moniker was made official by an independent operator. Through it all, the Purple Hotel has acquired a rather legendary history in the annals of sleepy Lincolnwood. It was a swinging hot spot in its early days, hosing a variety of performers. In 1983, it was the site of the gangland execution of a mobster. Just a few years ago, convictions were handed down regarding sex parties held at the hotel. And most recently, its rampant building code violations forced the hotel to close in 2007.