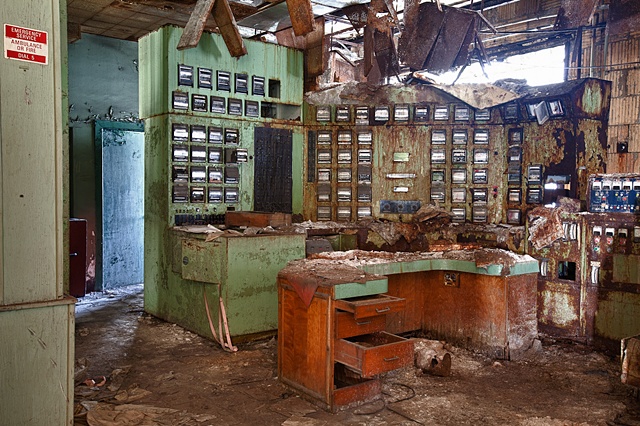 At the beginning of the 1800s, the Lackawanna Valley in Pennsylvania was rich in anthracite coal and iron deposits. Brothers George W. Scranton and Seldon T. Scranton moved to the valley in 1840 and settled in the five-house town of Slocum's Hollow (now Scranton) to establish an iron forge. The company quickly began turning out rails for the Erie Railroad, becoming the first company in the United States to mass-produce T rails. The firm's decision to manufacture rail tracks changed the fundamental nature of transportation in the United States, accelerated rail use, and eliminated American dependence on England for railroad track.

At the turn of the century, the Lackawanna Iron and Steel Company began to consider moving out of the Scranton area. The company's economic condition was deteriorating; in September 1899, Andrew Carnegie wrote, "My view is that sooner or later Harrisburg, Sparrows Point, and Scranton will cease to make rails, like Bethlehem. The autumn of last year seemed as good a time to force them out of business as any other."

Labor costs were rising. In 1897, the United Mine Workers had mostly organized workers at the coal and iron mines, who successfully struck in 1900 for a 10 percent wage hike. The union struck again from May 11, 1902, to October 23, 1902, and won a second wage increase as well as better working conditions. A second factor was the increasing cost of shipping iron ore to Scranton and a lack of rail lines from Scranton to the company's newly emerging markets.

The Lackawanna Iron and Steel Company decided to move its iron and steelmaking facilities to West Seneca, New York, in 1899, drawn by the area's easy access to Great Lakes shipping and the numerous rail lines in the area.

In the 1970s and 1980s, Bethlehem Steel allowed the Lackawanna Steel plant to become obsolete. Foreign competition made it financially impossible to continue to manufacture most of the products produced at Lackawanna. Bethlehem Steel also disliked the high tax rates of the state of New York, and did not want to spend the millions of dollars in air and water pollution abatement which were required by state and federal authorities.