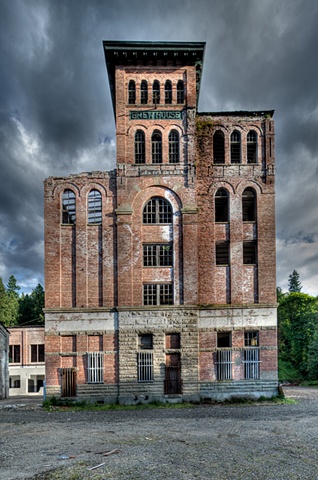 Olympia Beer was a very popular regional brand in the Pacific Northwest for half of a century. It eventually expanded nationwide, repositioned as a low-price lager. During the 1970s, Olympia acquired Hamm's and Lone Star. Olympia Brewing also produced Buckhorn Beer, which had previously been a product of the Lone Star Brewing Company. The beer declined increasingly in sales when the president of the brewery was caught engaging in a homosexual act, and was therefore publicly outed in the early 1980s. The Schmidt family, which owned and operated the brewery and company, elected to sell the company in 1982. Olympia was subsequently purchased by Pabst in 1983. As with many other regional breweries, ownership of this brewery eventually passed through several corporations including Pabst, G. Heileman, and Stroh's, until the brewery was eventually purchased by SABMiller. Though many regional beers have been discontinued due to competition, beer marketed under the Olympia Beer name continues to be manufactured by SABMiller at a plant in Irwindale, California.