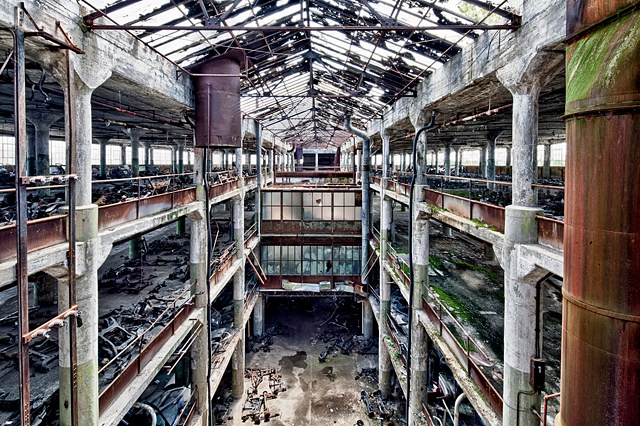 Kokomo is officially known as the "City of Firsts" for, among other achievements, being a pioneer of United States automobile manufacturing, with Elwood Haynes test-driving his early internal combustion engine auto there on July 4, 1894. On October 6, 1886, natural gas was discovered in Kokomo, leading to a "boom" in business. This discovery was directly responsible for Elwood Haynes' move to Kokomo. In Dec. 2008 Kokomo was listed third by Forbes in a list of America's fastest dying towns. This is attributed to the financial problems of the automotive industry. However, in May 2011 Forbes listed Kokomo as one of the "Best Cities for Jobs" after the city ascended 177 places in their rankings. The same article in Forbes described Kokomo's success in the past few years as "inspirational". Forbes was not alone in documenting Kokomo's economic renaissance, in June 2011 Conexus released a report touting Kokomo's "rapid bounce" after the recession.