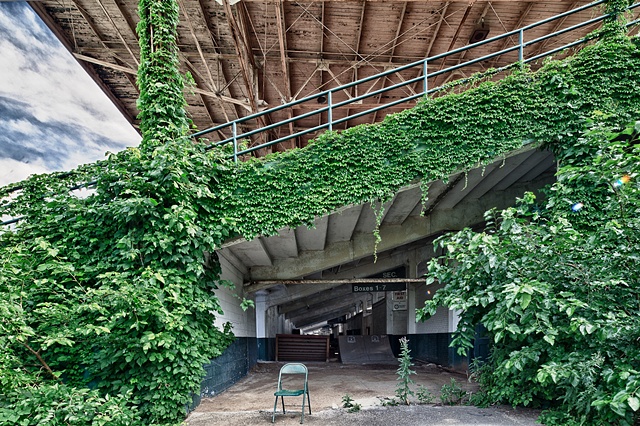 Not to be confused with the more famous ballpark in St. Louis (Busch), this stadium is named for Owen J. "Donie". Formerly used by minor league baseball team Indianapolis Indians, as well as being home to a few Negro League teams and a Continental Football League team, the Indianapolis Capitols, who won the league championship in 1969. It had ivy growing on its brick walls, as with Wrigley Field and Forbes Field. During 1987 it was dressed up in different ways and used as the stand-in for both Comiskey Park and Crosley Field during the filming of Eight Men Out, which focused on the "Black Sox Scandal", the throwing of the 1919 World Series. It was abandoned by the ballclub when they moved to the new downtown ballpark Victory Field in mid-season 1996. More recently it served as parking lot for overflow vehicles donated as part of the Cash for Clunkers program.