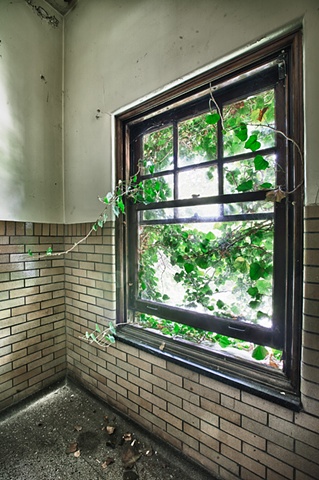 Central State Hospital, formally referred to as the Central Indiana Hospital for the Insane was a psychiatric treatment hospital in Indiana. From 1848-1948, the hospital grew yearly until it encompassed two massive ornate buildings for the male and female patients, a pathological department, a "sick" hospital for the treatment of physical ailments, a farm colony where patients engaged in "occupational therapy", a chapel, an amusement hall complete with an auditorium, billiards, and bowling alleys, a bakery, a fire house, a cannery manned by patients, and idyllic gardens and fountains.

For a half-century, this complex array of buildings and gardens beckoned to all of the state's mentally ill. By 1905, however, mental health institutions elsewhere in Indiana, built in Evansville, Logansport, Madison, and Richmond relieved an overcrowded Central State Hospital of some of its patient load, leaving it to treat only those from the "central district", an area of 38 counties situated in the middle portion of the state. In 1950 patient population reached 2,500.

By the early 1970s, most of the hospital's ostentatious, Victorian-era buildings were declared unsound and razed. The Men's Department Building (a Kirkbride) had been demolished in 1941. In their place, the state constructed brick buildings of a nondescript, institutional genre. These modern buildings and the medical staff therein continued to serve the state's mentally ill, until allegations of patient abuse and funding troubles sparked an effort to forge new alternatives to institutionalization which, in turn, led to the hospital's closure in 1994.