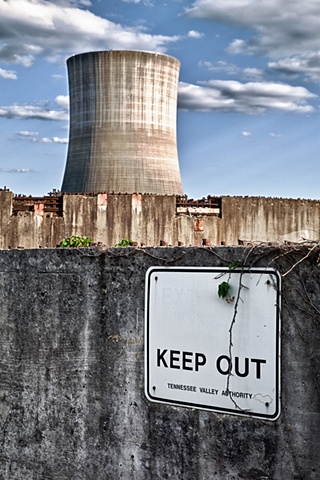 The Hartsville Nuclear Power Plant in Hartsville, Tennessee, was commissioned by the Tennessee Valley Authority in the early 1970s to help satisfy the growing energy needs of the people and industries of the region through the oncoming 1980s and beyond. Construction of the plant served as powerful economic engine thath more than doubled the population of the surrounding area. The TVA spent nearly two billion dollars on the project before cancelling construction in 1983 when actual electrical power demands in the plant’s proposed distribution area did not increase as rapidly has had been forecast. Since then, the plant remains half-constructed. There are currently plans to convert a portion of the 1,940-acre property into an industrial park.