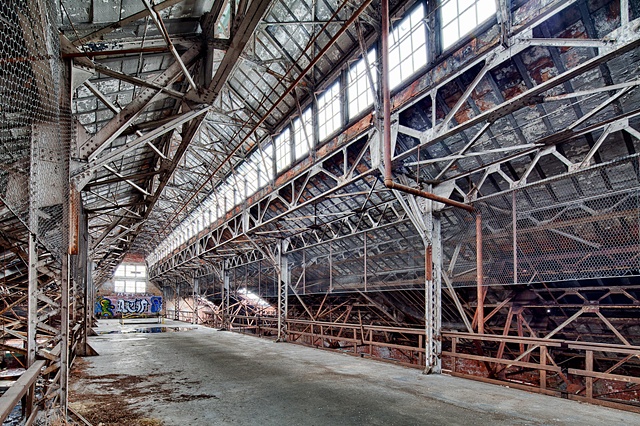 The Westinghouse Electric Corporation, established by Geo. Westinghouse in 1886, was an early manufacturer of electrical equipment that evolved into a multipurpose engineering firm. Westinghouse became a manufacturer in Cleveland partly as the result of an 1894 patent-infringement lawsuit against the Cleveland-based Walker Mfg. Co. The company, established in 1883 by machinist John Walker, produced power-transmitting machinery and cable railway networks. When Walker lost the case, court-ordered constraints on the firm's activities led to its sale to Westinghouse for about $1 million in 1898. Westinghouse manufactured aluminum and brass castings at Walker's plant at the foot of Waverly Ave. (W. 58th St.) and the lake shore. During the 1930s it produced a variety of lights, including those used at airports, along highways, and in industry. By 1960 more than 560 workers were employed there and the facility had become headquarters for the Westinghouse Lighting Div. The operation was eventually closed in 1979.