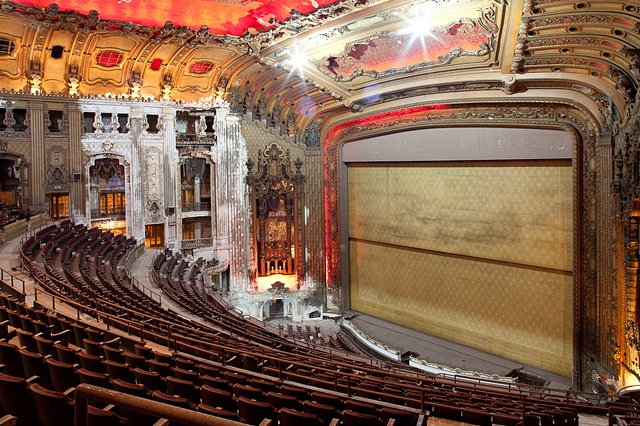 The largest in Chicago, it boasts 4,381 seats and its interior volume is said to be larger than any other movie palace in the United States, including Radio City Music Hall in New York. It occupies over 46,000 square feet (4,300 m2) of land at the corner of Lawrence Avenue and Broadway in Chicago's Uptown Entertainment District. The mammoth theater has an ornate five story entrance lobby with an eight story façade.

In late August of 1925 the Uptown Theatre threw open its doors to the people of Chicago under a marquee that proclaimed, “one of the great art buildings of the world—an acre of seats!” It was the crowning achievement of Balaban and Katz, the foremost theatre owners and managers of the early twentieth century. The company was headed by brothers A.J. and Barney Balaban and their brother-in-law Sam Katz. What started out as a family-owned nickelodeon business quickly grew to become one of the city’s largest and most successful entertainment companies.