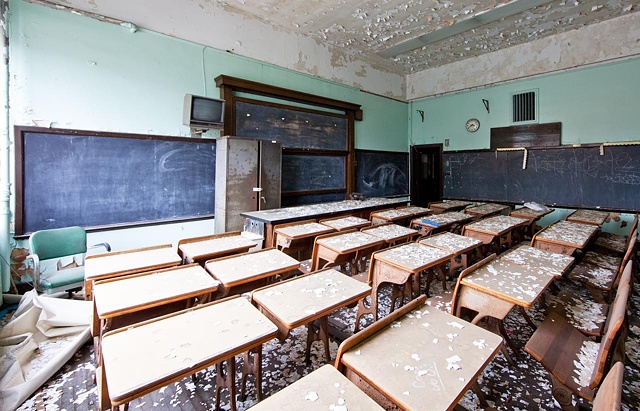 One of the finest public schools in Detroit, Cass Technical High School has been operating for more than 100 years. Originally opened in 1907, the school built an impressive, eight-story limestone structure at 2421 Second Avenue in 1922, where it educated some of the city’s brightest students for the next 82 years. In 2004, however, these students were moved into a brand-new school facility constructed next door. Lacking both the means to adequately preserve the older building and the will to facilitate its conversion to another use, school officials allowed the historic 830,000-square-foot structure to rot as looters and vandals made off with whatever they could carry. Although beloved by preservationists and Cass alumni alike, the building was completely demolished in 2011.