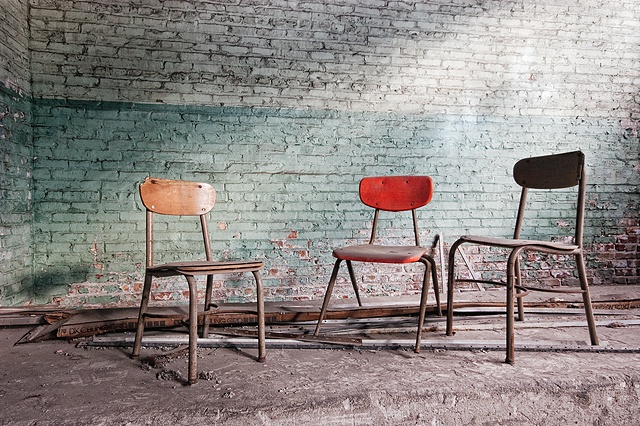 Head of the Class
< previous next >

Located in the Little Village neighborhood of Chicago, the former Liquid Carbonic factory turned Washburne trade school is in the process of being razed, following a 10 year vacancy. Built in 1910, the new prairie school style factory was designed by Nimmons and Fellows – who also built the Sears Tower. The plant received an addition in 1935, in the form of an art moderne style administration building designed by S.D. Gratias. The Chicago Public Schools purchased the plant in 1958 for $1.8 million. All of the CPS’s vocational apprenticeships were handled by Washburne. Problems for the school arose in the mid to late 1960’s after it became desegregated with unions pulling programs as a result. There were 17 different unions at the school in 1965. By the time of the school's 1st closure in 1993, only 2 programs remained.