Designed by John Haviland and opened in October 25, 1829, Eastern State is considered to be the world's first true penitentiary. Its revolutionary system of incarceration, dubbed the "Pennsylvania System" originated and encouraged solitary confinement as a form of rehabilitation. While it was not true solitary confinement, as the law required the warden to visit the inmates daily, and prisoners frequently saw guards, the chaplain, and visitors, the goal was the isolate prisoners from one another to prevent the spread of disease and "moral contamination." The original designs of the cells were separated by a metal door and a wooden door to filter out noise. The halls were designed to have the feel of a church. Some believe that the doors were small so prisoners would have a harder time getting out, minimizing an attack to a security guard. The cells were made of concrete with a single glass skylight, representing the "Eye of God", hinting the prisoners that God was always watching them. 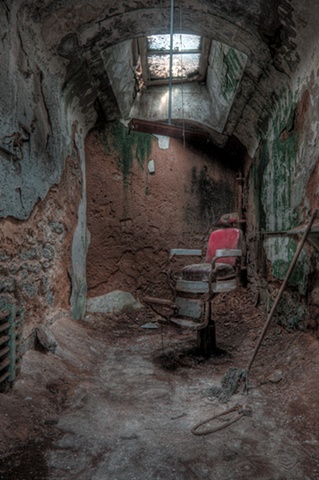 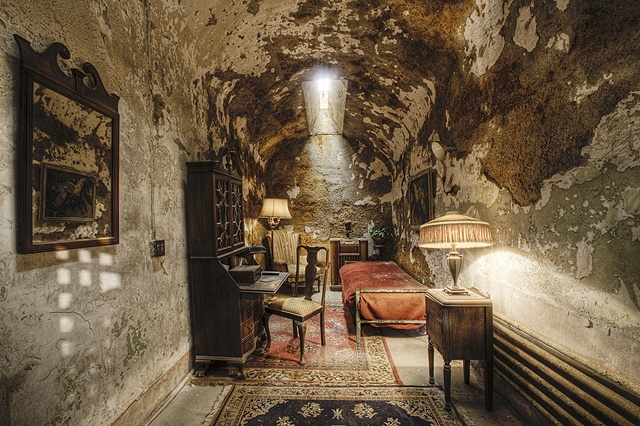 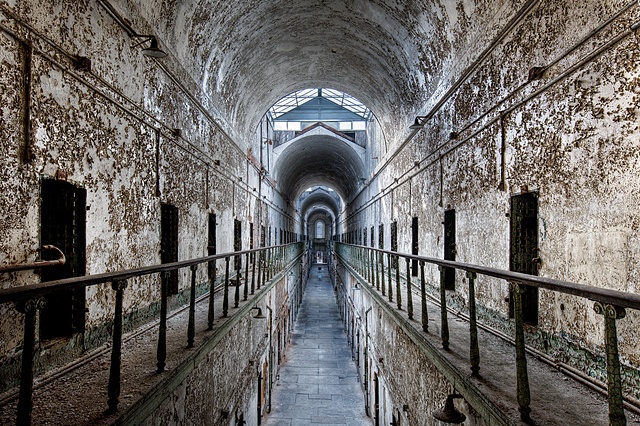 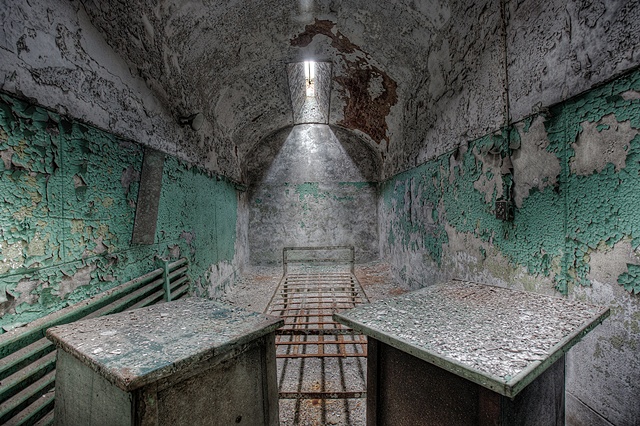 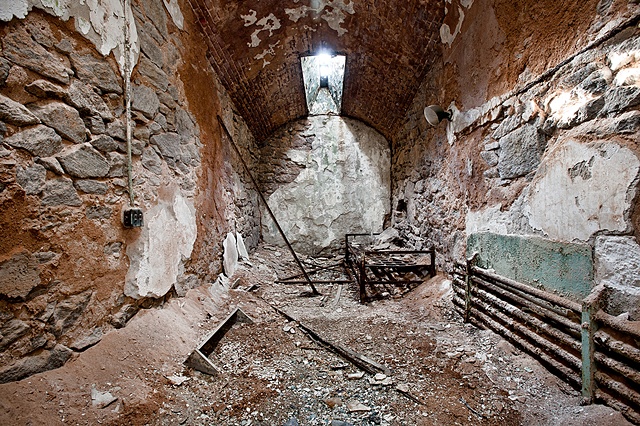