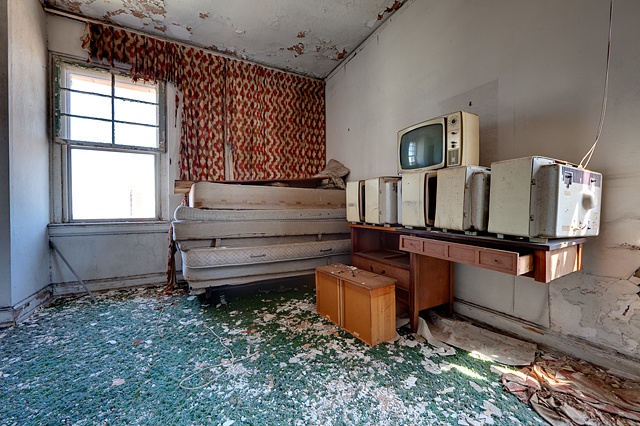 The Thomas Jefferson Hotel (later the Cabana Hotel, then Leer Tower) is a 20-story building, formerly a 350-room hotel, completed in 1929 at 1631 2nd Avenue North on the western side of downtown Birmingham, Alabama. The 1970s marked a period of decline for the aging luxury hotel, by then known as the Cabana Hotel. The economy had slowed, and a shift of attention to the northern end of town left older hotels struggling. The scene was typical nationwide, as corporate mergers and new projects prompted the closing of many old buildings. During its peak, the Cabana hosted Mickey Rooney and Ethel Merman during visits to Birmingham. A special suite was reserved for Bear Bryant during games at Legion Field. In Birmingham, the Cabana was the last of the perennial hotels to fade away following the demise of the original Tutwiler Hotel and the Bankhead Hotel. It was a slow death that stripped it of most of its former glory. By 1981, the Cabana was a second-rate, $200-a-month apartment building with fewer than 100 residents. The hotel closed on May 31, 1983 after it was declared uninhabitable on account of "bad plumbing, insufficient lighting, some inoperative smoke detectors and failure to upgrade to city fire codes".