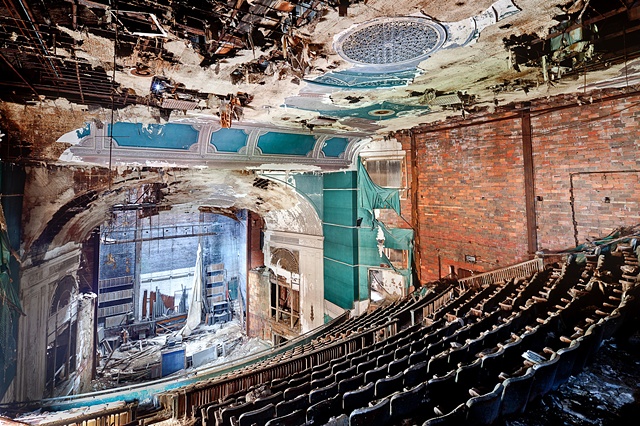 The Liberty/Paramount Theatre is an early movie palace located on West Federal Street and Hazel Avenue in Youngstown, Ohio. Designed by Detroit architect C. Howard Crane, the theatre opened as the Liberty Theatre on February 11, 1918. The auditorium originally seated 1700 patrons. The exterior has extensive terra cotta ornamentation, with swags and pilasters. The exterior is an example of the late Neo-classical style popularized by the Ecole des Beaux Arts. The theatre opened as a vaudeville house, and the original operators were C.W. Diebel Associates.

In 1922 the McCrory Group acquired 60% of the stock for $209,000. In 1929 Paramount Pictures Corporation purchased the theatre and renamed it the Paramount Theatre. The company spent $200,000 modernizing the building and installing a sound system so the theatre could present the popular new talkies. In 1933 Paramount Pictures went into receivership, but movies by then became the staple of entertainment for the American public. The theatre survived and prospered until 1960s when, as with so many American cities during that period, the central area of Youngstown went into a sharp decline. The final movie screened was a Bill Cosby film, Let's Do it Again, in 1976. The theatre was then closed and the building fell into disrepair. Several attempts were made to revive it, but all failed. The property was listed on the National Register of Historic Places on February 9, 1984. For the next 20 years ownership changed hands several times until it eventually was purchased by the city. Current plans to restore the theatre fell through and is currently slated for demolition.