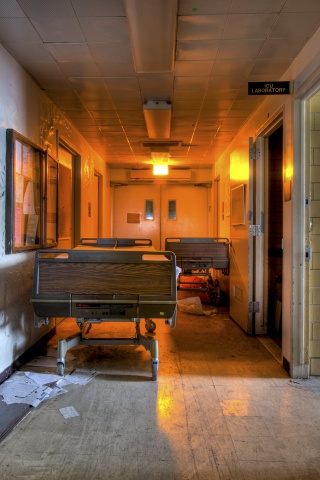 The original Michael Reese Hospital in Chicago was constructed in 1881 within the Bronzeville neighborhood. It was built as a non-discriminating hospital for the poor. The original building was replaced in 1907 with the "Main" Michael Reese building, and a number of subsidiary buildings followed. Currently, the campus extends over 37 acres - but over the years most of the buildings have been closed and almost all operations have consolidated to one building. Despite its many accomplishments over the years the hospital has been losing money and slowly closing down since the mid-90's. The city recently announced that they will purchase the campus and raze it in order to build the Olympic Village for the 2016 Olympics. Demolition is planned for fall 2008.