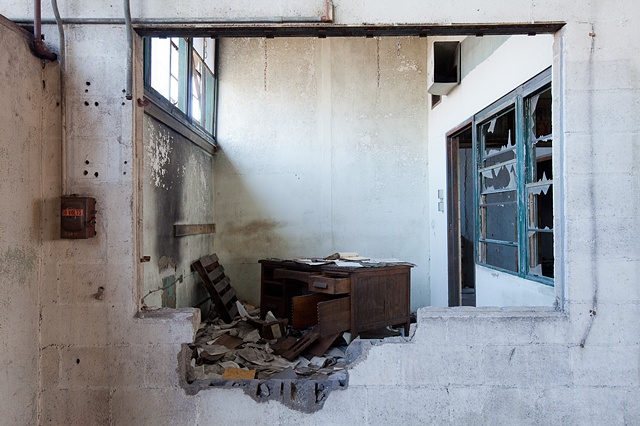 Screw and Bolt Factory Recognized as one of the few early Gary industries independent of the U.S. Steel Corporation, the Gary Screw and Bolt Company enjoyed a successful seventy-five year life in northwest Indiana. By 1940, the plant became known as one of the largest manufacturers of bolt, nut, and rivet products in the country, including threaded rods and special fasteners. By the 1980s, the economic climate had changed, and the Gary plant had become unprofitable, particularly because of imports. In April 1986, the new owners filed for bankruptcy. The plant officially closed its doors on December 31, 1986. Today the factory houses strewn boxes of rotting clothes stacked in piles eight feet high. The clothes, donated as part of a mission to deliver clothes to needy Third World counties, instead lay in the abandoned Steel City warehouse. Today the sight and odor of thousands of pounds of donated clothes serve as a symbol for the waste brought about by an embezzlement scandal involving a Southside Chicago Church and the infamous Gary Urban Enterprise Association.